The ‘secret’ network that transformed my startup.

Keen to follow the best advice, when I first started my business I wandered down to a few networking groups. But I found them rather phony and stiff – it seemed to be all about entrepreneurs trying to sell to each other, with business cards being handed out before you’d even had a chance to say hello. So, when I was told about an unusual type of network where you could build really good business relationships; I was curious to find out more. The name of this group is ‘The Big Gig’ and generally people only hear about it by word of mouth. I decided to check it out.

The way that it works is that a company is invited to present one of their innovation challenges to a group of around 30 business owners. The participants work in small groups using their own experience and expertise to come up with solutions.

The first Big Gig I attended was for a digital marketing agency that was looking to expand.

From branding gurus, to financial experts, startup directors and charity CEOS, I was amazed at the depth of experience and creativity in the room and the range of ideas that were put forward to the business.

It became clear that the main purpose of the group was not about networking, but was, in fact, about the power of business collaboration. I heard how companies had overcome problems, and I worked with entrepreneurs with years of experience; I took away useful ideas, and was impressed with the format.

The Big Gig has a winning formula for the business in the spotlight. The process has helped:

an accountancy firm grow to a six-figure turn over a charity solve a talent shortage by training up the very people they support a restaurant owner realise it was finally time to hand over the reins!

There is usually one ‘game changing idea’ put forward. This was certainly the case when my business got the golden ticket, and I was invited to present. After getting over the initial shock of ‘hearing’ the constructive criticism, I found the experience to be hugely helpful. There was one thing that everyone agreed on: they pointed me in the direction of how to change my company’s ‘unique selling point’. This has transformed my marketing strategy.

The subject of the most recent Big Gig was Joy Foster from Oxford Social Enterprise Tech Pixies. Joy has won a string of awards for designing and rolling out a training model that reskills women after career breaks. Joy is also a great fan of the Big Gig, and has been attending since her startup days. She appreciates the honestly and openness of businesses sharing their challenges and said that taking part has been hugely valuable in her own business journey.

As someone who has a successful track record in film making, but who was a novice in business management, the startup phase has been a testing learning process with plenty of mistakes along the way. Taking part in the Big Gig was a major turning point; my business is now actually starting to become successful!

Find out how to take part

The Big Gig is an Oxfordshire Business First initiative run by Paul Essery and Frank Nigriello. To register to take part email Paul Essery at paule@i-products.co.uk. 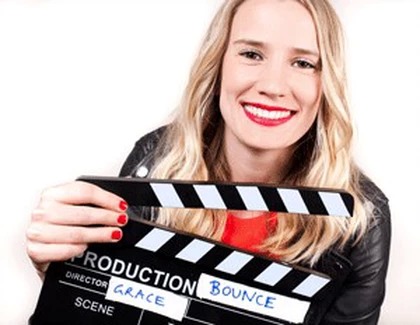 A more compelling focus for business?

Charly Cox argues that coronavirus is bringing forth a more humane, relevant kind of business. Charly is the Founder of…
Read More

SOFEA’s Commitment to Supply Food to Those in Need