In industry, many of us have something of a passion about developing skills in people.

We’ve learned that the correct skills make the difference between status quo and innovation or winning and losing customers.

The problem is that industry does not have access to the skills it needs to succeed. Let’s look at some data:

It’s not a happy picture. 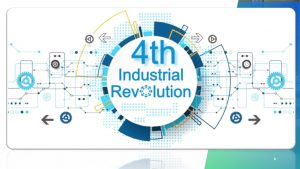 Let’s try to understand that problem a little better from industry’s viewpoint.

The author Thomas Friedman said that digital technology is accelerating faster than our ability to adapt.

That’s been a bit of a wake up call to industry leaders who believed digital capabilities would evolve.

This isn’t evolution, the pace is much faster.

This change has been seen as the fourth industrial revolution and its impact is pervasive.

In some cases, educationalists and others have been talking about gradually developing “21st century skills” in our schools.

We need to change the clock speed of our thinking and recognise the urgent need for action.

In part 2, we’ll look at one young British future captain of industry and how she will measure up to the role.

Earlier on in August, we announced OB2 – a partnership between Oxford Brookes University and Oxfordshire Business First. Following on…
Read More